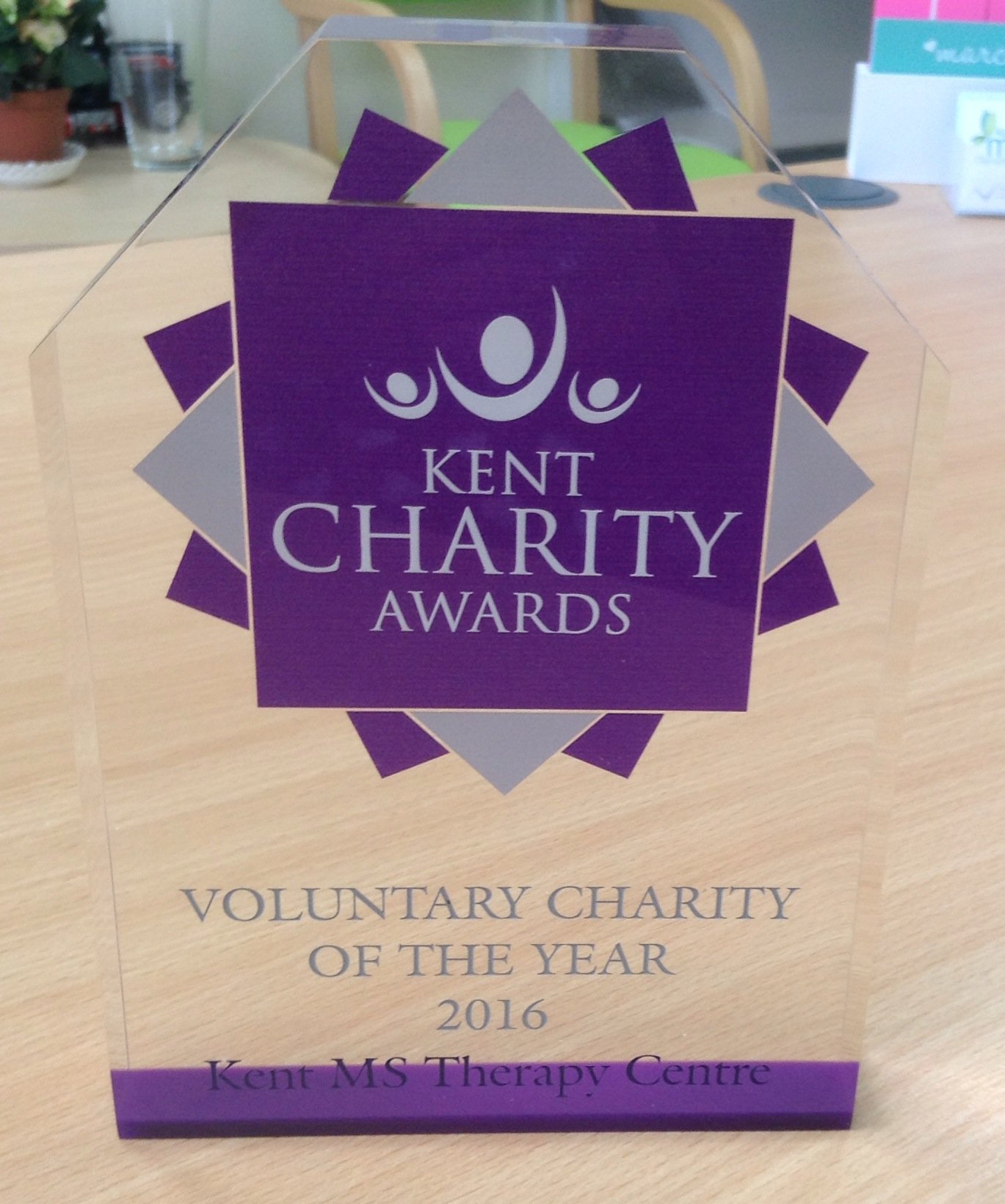 The Kent MS Therapy Centre were thrilled to have been selected as finalists for the ‘Voluntary Charity of the Year’ category at the annual Kent Charity Awards.

The evening started with a drinks reception and three-course meal at the Leas Cliff Hall, Folkestone. The place was full of inspirational people working for a variety of great causes in Kent.  The much-anticipated awards ceremony got under way, hosted by Sangeeta Bhabra from ITV Meridian News. We had everything crossed! 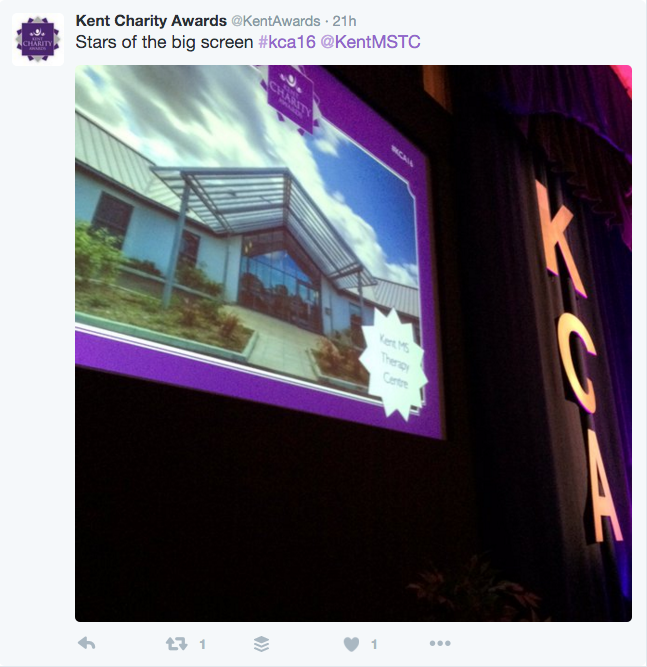 We went through each category and applauded the winners as they approached the stage to receive their awards.  At last it came to our category and it was announced that the Kent MS Therapy Centre were the winners!

Our table of 10 whooped with joy and wiped tears from our eyes as we all took to the stage to receive the award. 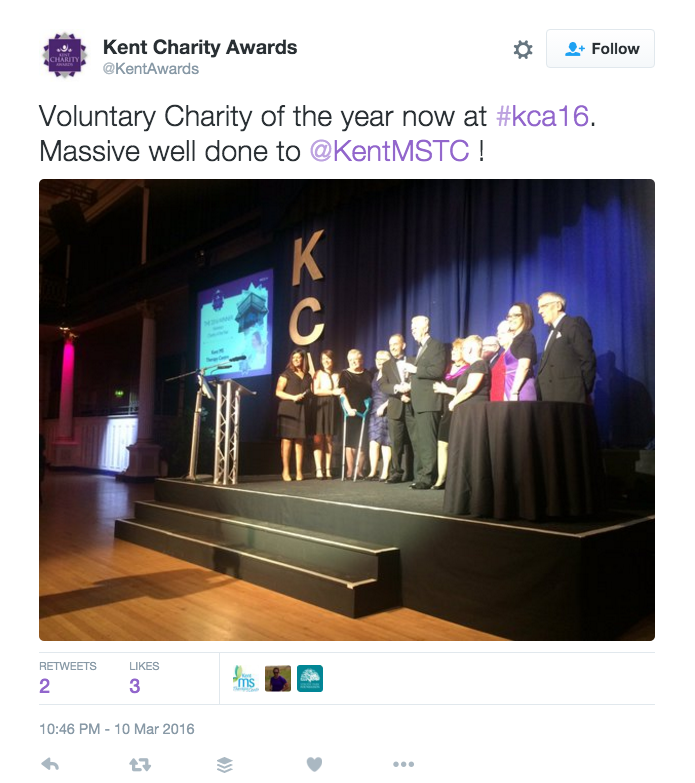 More information and photos of the night will be published on the Kent Charity Awards website soon.