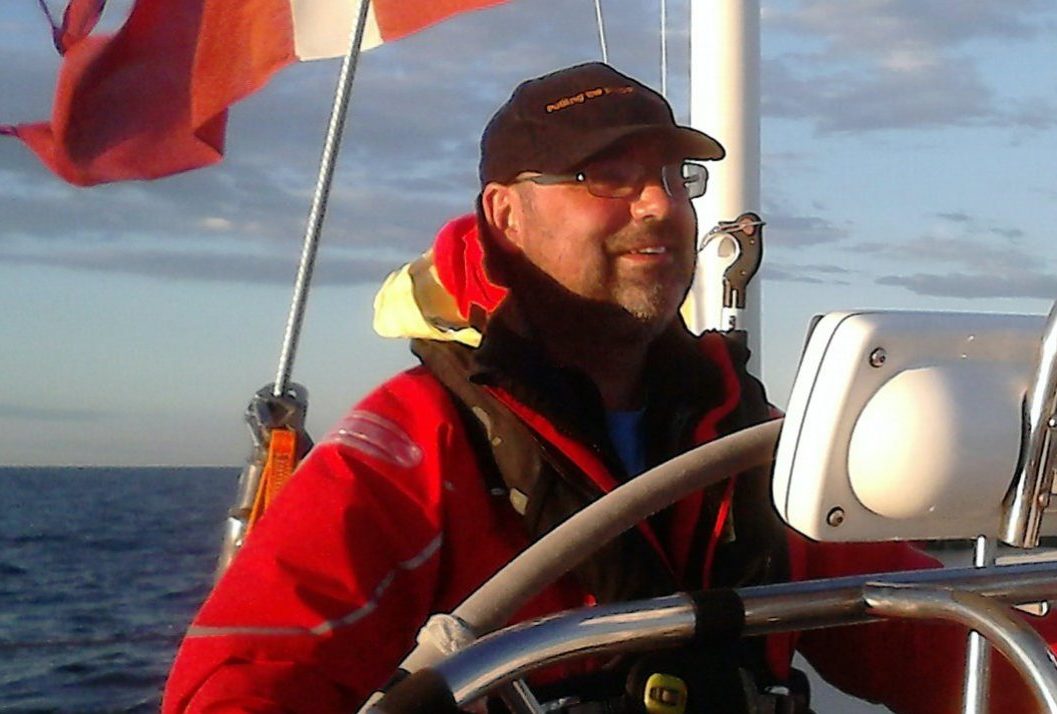 Member, Gary Marsh, shares his experiences of life with MS and what KMSTC means to him.

It was while working as an Economics and Business Teacher and Head of Department at a school in Folkestone that Gary first realised something wasn’t right. He felt he was struggling with his heavy workload and started to notice problems with balance, numbness and a loss of strength in his limbs.
By the time he visited his GP, Gary was already pretty convinced he had MS. When he presented his Doctor with his conclusions, he was swiftly booked for an MRI.

“On reflection, I think I’d been suffering with benign MS from the early 90s, including symptoms like optic neuritis, which seems to be a common first sign. When the diagnosis finally came in 2012 it was a tremendous relief: finally I had an explanation,”says Gary, “I retired in 2014 and have spent
the last five years satisfying my thirst for travel and adventure. I have toured a
variety of countries in Africa and Asia including Kenya, Morocco and Vietnam. For charity I have jumped out of a plane, been white-water rafting in Scotland and sailed aboard the yacht Oceans of Hope from Barcelona to Portsmouth as part of a circumnavigation to raise awareness of the importance
of us ‘Warriors’ overcoming personal challenges.”

Gary found out about Kent MS Therapy Centre through his local YUMS group but initially put off the idea of making a visit, “When I finally made the trip to Canterbury, I wondered why I’d waited. The welcome, the friendships
and the company of others who understand my illness is invaluable. I am certain that just being part of the Centre community is slowing down the progression of the disease.

I have tried a number of therapies and find that Oxygen Therapy is the most helpful. But, for me, the sense of belonging is the
most important thing”.

Gary certainly hasn’t let the grass grow under his feet since retiring, in fact he’s written a book about his exploits called Carpe Diem, which can be downloaded from Amazon. “I have four, now adult, children who have
encouraged me to be an activist, supporting climate change protests and recently I joined Extinction Rebellion Disabled Rebels. I spent January living on a commune in India where my son is a director of a reforestation programme demonstrating that we can all happily live together by taking a different path! I returned with memories of the joy of community living
so finding KMSTC can only be described as ‘serendipity’ due to the numerous similarities.

Everyone is made to feel immediately welcome by the warm and dedicated staff and amazing members. Meeting so many brave warriors together with their warm and selfless carers has been wonderful and sobering. Discussing
health issues in an open and non-judgemental way has been so refreshing and uplifting.”

Gary is a regular visitor to the Centre, do introduce yourself to him and have a
chat. As Gary would say, carpe diem!

living with MSmeet the members

For Liz Haddaway, enjoying a swim at the beach has always felt like a thing…