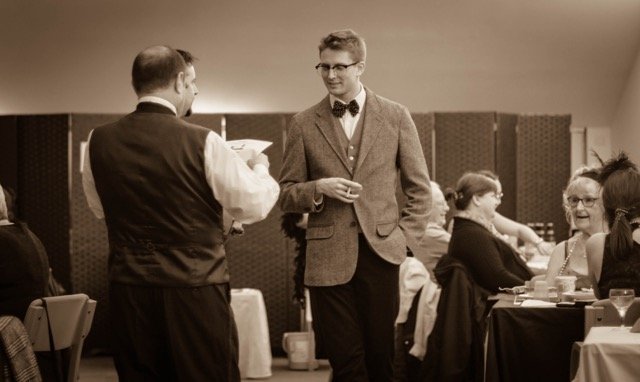 On Friday 12th February 2016, the Kent MS Therapy Centre held its first fundraising Murder Mystery event at the Centre. The event was a sell-out, with many of those coming along to their first event at the MS Therapy Centre. The audience left the crisp cold winter’s night behind them as they entered into the setting for the evening; 1920’s Chicago during the age of Prohibition. 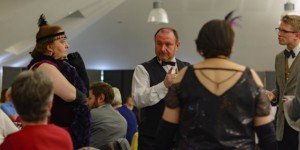 From here the audience watched as Betsy, Abe, Cecile Eddie and James tried to work out which of them had committed the murder of their associate and close friend, Harry. The clues were there, hidden beneath a tangle of double bluffs, lies and false witness. Interrogating of the cast took place as the audience tucked into chilli and cheesecakes. 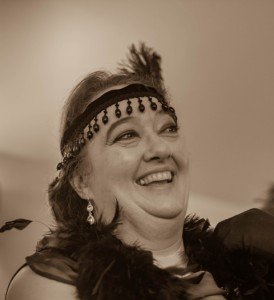 The Gang master of the play also chaired the ever-popular raffle which helped to generate some more pennies and pounds for the Centre. In the end two tables were in a tie break at the end of the night when it came to discovering which team guessed the killer and the motive.

By the end of the evening, plenty of ‘soft and not so soft drinks’ had been enjoyed and the audience departed from what was a very successful alternative Valentine’s event, with many people asking when they would be able to play Sherlock, Marple or Poirot at another Murder Mystery event.

The answer to that question is…watch this space! 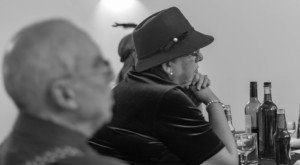 Thank you to everyone who attended and helped make this event a real success. All proceeds raised will go towards the running costs of the Centre as well as a Boombox mp3 player, exercise balls and rollers for our popular and beneficial Pilates classes.